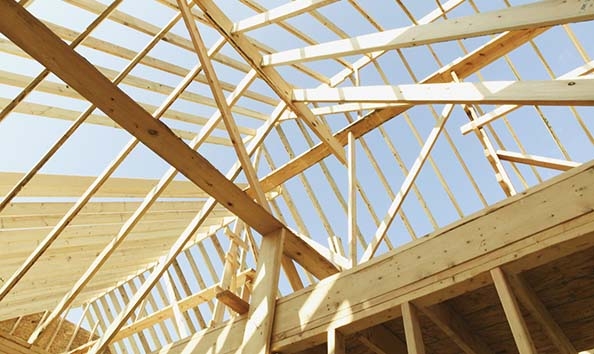 My motivation for writing this article is to address one of the largest concerns I have as a professional custom home designer and master builder with close to 30 years in the residential construction industry. Anyone thinking about or preparing to build a new home should fully understand the concept of “A good house plan doesn’t cost you money, it saves you money” They need to completely understand the difference between a cheap house plan, a stock house plan and a professional custom designed house plan. I see cheap poorly done house plans all the time or outdated old stock home plans that are so inadequate they are nothing more than a plan to build a disaster, not a plan to build a good quality home. Some of the plans that I do are for people that already purchased a cheap plan or older outdated stock plan only to have a builder or permit official throw them back and tell them to go get a better detailed, code compliant set of plans. My concern is that if a person is about to build their dream home or any project why would they want to start the process with a cheap plan. As your home is one of the largest investments you make in life why would you accept anything less than a detailed, professionally created set of plans prepared by a dedicated experienced service and designer?

I think I have a very tuned in idea of the whole concept of building a home not just from the technical side but also from the emotional side. Despite the current housing downturn, up evil and in truth JOKE of a media frenzy, owning your own home is still a very big deal. If you are one of the lucky ones you can actually go about the process of picking the place to build and the actual house to build just for you and exactly the way you want it. Millions of people look forward to being able to pick the house and the lot and then be active in the whole process of converting their dream of that special place called home to their reality. I have built several of my own homes and I can tell you there is nothing more meaningful than to have a lot of me reflected in my home in the form of thought, planning and sweat. As a small time designer that works with a growing group of “Owner Builders” and clients that after the design is complete will contract the whole project out, the feeling is the same for everyone.

This process starts the same every time. After the dreaming and hoping comes the first step and involves the planning stage. This part will eventually end up requiring some type of house plans that then take the planning process to the reality or action process. What happens from this point forward has a lot of variables and pitfalls that are going to be dealt with and worked through to get from planning the home to be built to move in day and beyond. One of the most important keys in the entire process of getting your dreams for a new home from dream to sitting in the living room of that dream is without a doubt the house plans.

Last year I wrote about how I consider the set of house plans the “Most Important Tool in the Tool Box” in the process to get any house or project built to completion. My business tag line is “A Good House Plan Doesn’t Cost You Money, It Saves You Money “  and you can bet real money that both of these tag lines are the whole truth and the money they refer to is yours. House plans do more than just show how far it is from the kitchen door to the pantry door. They are a key tool in acquiring bids from subcontractors, estimates on costs of materials, getting a building permit, construction loan and contract documentation just to name a few. The plans are the largest most important key to taking your dream for your new home and translating it to the people that are going to create it for you using your money!

It is a scary fact in the home design business that most of my clients really do not understand just how important the plans are and understandably because they are not in the construction business. Another fact is that I can tell from creating one plan for a builder or professional contractor just how good he is and if I would consider using him to build my house. A good builder will want to take the finer details to the maximum in his plans because he wants everything down on paper as this is the best practice and protection for his future. The other guy would rather not have to think about all those details now in the design process and will often say “I will deal with that while building it” or something to that same effect.

All of this brings me to my concerns over the “Stock Plan” concept and for those people that are getting burned and ripped off every day because of it and the total lack of regulations or any form of checks and balances. There is not even a requirement to show the actual date the plans were created to start with not to mention any way of knowing if the actual designer is qualified to draw a building plan. A potential stock house plan buyer really needs to be very educated and diligent to try and find these things out before spending hundreds of dollars on a plan.

With the fast paced progress that the residential construction industry has made in the last ten years as to new methods, materials, construction techniques not to mention the enormous changes to the building codes. Also it needs to be said that the volume of new energy saving and green technologies alone is staggering to say the least. As I have stated the plans are the road map to a completed home, they should include the all of the information that determines the quality of the finished project and its use and operations costs. They need to be specific to each project not generic and random. Most important of all, as up to date as possible using all of the newest technologies that an owner can afford to have designed into their new house.

A house designed to be built in Georgia will not meet any of the code requirements in Maine or a plan designed to be built in Maine will cost way more than necessary if built in Georgia. If you design a house to be built at code minimum in the northern areas of Louisiana it will not pass code requirements in southern Louisiana because of the wind speed requirements. Even worse I have seen flawed substandard house plans prepared by a licensed architects pass the plans submission process only to end up costing the builder and owner thousands of dollars in the build out trying to fix the issues so the house would pass framing inspection. Sad to say I have seen this happen more than once and it even took a big chunk out of my wallet once.
In my opinion there is no way that the average person can look at a web site and determine if a plan is code compliant or up to date. They are for the most part very generic and random and with that I have to contend that the whole concept of getting a reasonably good house plan for a few hundred dollars off of the internet is seriously flawed.

Granted I am in the “Custom House Plan Business” so I am more than a little biased. That in no way should reflect on the facts that I have stated and the case I bring here in this article. A house plan is a big investment to the success of the even larger investment of building your new home. Why would anyone want to take a chance that can be so easily avoided by taking the time to seek out a good skilled and educated designer? Let them insure you are covered in every way possible with their drawings instead of your hard earned money. When it comes to house plans you really do get what you pay for.

In closing if you are considering building a home in the future and are going to be involved in the house plans in anyway do your homework. I am so concerned about this that if you call me and decide I am not your man for house plans ask and I will give you several other designers names and numbers that I know really do care and take all the pains necessary to stay up to date with the industry and create a good set of plans that will get you a well built home.

Tweet
Rate this item
(66 votes)
More in this category: « Plans Sense The Most Important Tool In The Box
Login to post comments
back to top